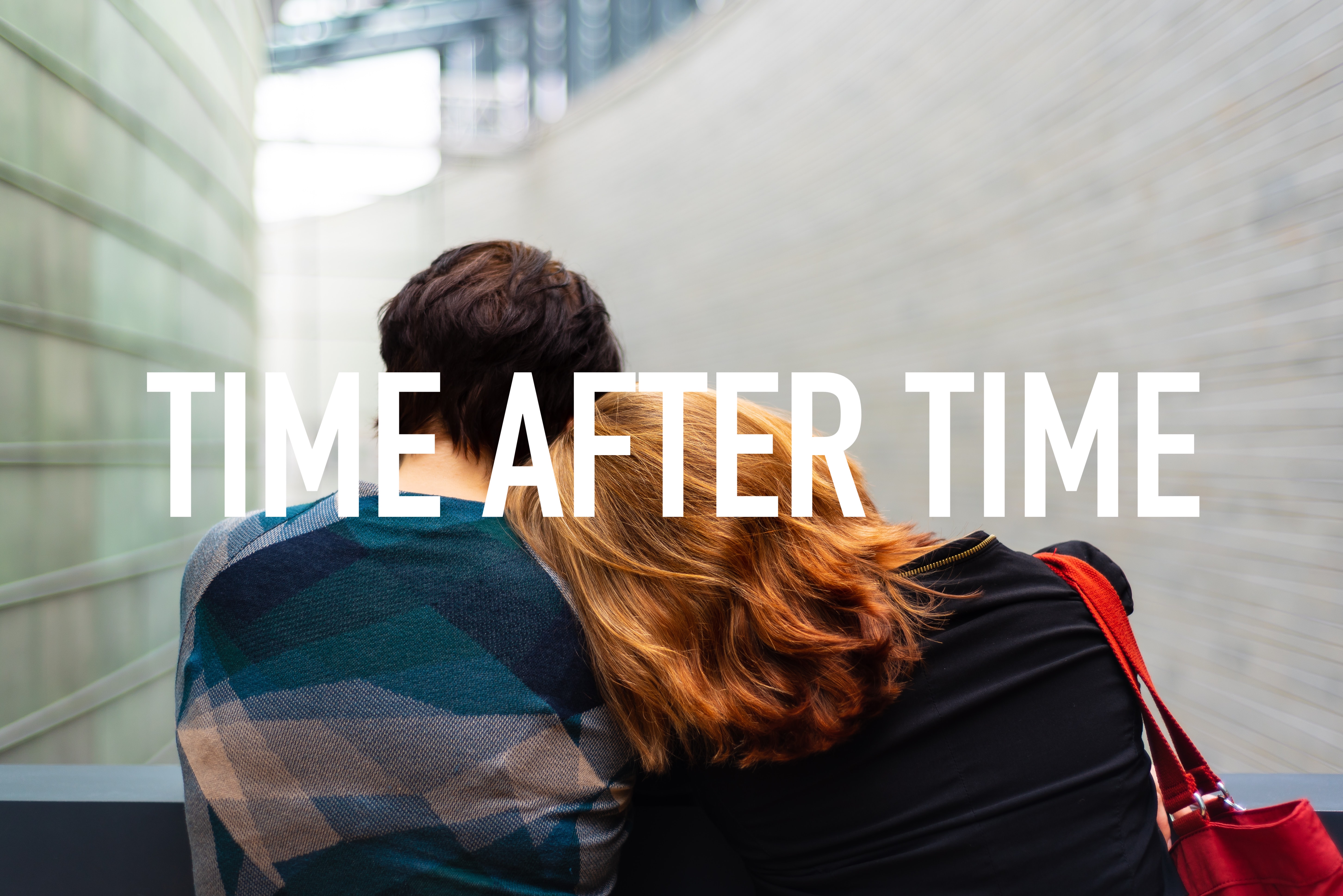 This one’s for the lonely,

The one’s who seek and find,

Only to be let down,

A friend of mine (let’s call him Brian for the duration of this post) recently shared with me a phenomenon, that he found not only in his personal journey toward self-actualization through his childhood trauma, but specifically in the context of his own therapy. He was actually made aware of this cognitive pattern in which he would consistently caveat his trauma disclosure with a vindication or defense of the perpetrator of his abuse. In his context, this was often his parents, and a stranger who had sexually assaulted him when he was five to six.

This one’s for the torn down,

The experts at the fall,

Come on friends get up now,

You’re not alone at all

For context, Brian’s father was severely abusive toward him from infancy until he kicked Brian out of the home when he was 17. This abuse ranged from severe verbal abuse, to physical abuse that was so violent at times, it was decided that Brian should be homeschooled from the second grade on, as a way of preventing him access to the outside world out of fear of a visit from the CPS. Out of this- in what is often expected as an effect in patriarchal abusive systems- a codependent relationship emerged between Brian and his mother, which- even into his adulthood- was often manipulated and exploited by his mother at the expense of his emotional health and social congruence. In addition to all of that, Brian discovered that his mother would often -intentionally- redirect his father’s anger away from herself, or her other children, toward Brian, which often resulted in some of the worst beatings he experienced throughout his childhood. The stranger who assaulted him was an older adolescent boy who helped in the daycare that Brian attended for two years as a child. The stranger would often draw Brian down to the basement every day for two years, to molest and/or assault him (much of this has been repressed by Brian, even up to the composition of this blog entry).

As Brian has processed and reprocessed this trauma throughout the last 15 years of his life, there has been a consistent pattern of disclosing the horrors of his adverse childhood experiences, which is often followed by either an attempt to empathize with the abuser, or vindicate their distorted behaviors, regardless of how egregious or severe they may have been. This pattern wasn’t observed however, until more recently when Brian’s therapist asked him: “Brian, why do you do that?” Of course, it must be noted that the therapist knew EXACTLY why Brian did this, but as any therapist worth their salt often does, he wanted Brian to discover this for himself.

This One’s for the Faithless,

The One’s that aren’t surprised,

They’re only where they are now,

Regardless of their fight

This is where it gets interesting… Brian is actually a therapist; and being as such, anytime his own therapist asked him a question like “why do you do that?”  Brian not only understands it in the context of a psychoanalysis but often takes it as a professional challenge. In other words- for Brian- these cognitive inquiries represent an intersection of his own treatment, as well as his own professional growth. Cool, right?..... Nope…. Brian’s professional variable actually serves as an added defense mechanism/form of resistance because Brian earnestly believes that the reason he was “understanding” of the “complexities” of his abusers was because of his role as a psychotherapist. He had convinced himself that since “we’re all simply more human than otherwise…” his professional understanding of the mental acuity of his abusers was a professional insight that allowed his projection. This is actually fairly ironic because Brian has always believed that the primary goal of psychotherapy was to make the unconscious conscious. And yet, he was keenly aware that his reasoning for this misplaced “empathy”/projection, represented a very conscious element. However, his therapist- very wisely- pointed out that Brian had been vindicating his abusers for over 15 years of his trauma therapy.

It comes and goes in waves, I am only led to wonder why,

It comes and goes in waves, I am only led to wonder why,

Patterns are important. The existence and therapeutic observation of patterns (relational, emotional, behavioral, cognitive or otherwise) are essential to the healing journey because often patterns are clues to visceral signifiers hidden in our unconscious. What Brian didn’t realize was that his pattern of defending his abusers was a conscious signified pattern without a signifier (because it was hidden deep within his unconscious). In other words, there was an psychically visceral reason that Brian would defend his parents, and his molester, that he spent most of his life consciously unaware of.

Hold tight, because this is where things get technical (and this portion of these blog posts are often the reason I’m compassionately teased by my colleagues). William Ronald Dodds Fairbairn was a mid-twentieth century Scottish Psychiatrist, Psychoanalyst, and most notably (for our purposes) one of the fathers of Object Relations Theory in Psychoanalysis. Fairbairn- in his visceral and complex work through Object Relations theory- began to notice similar patterns to Brian’s in his trauma patients. Fairbairn- very brilliantly- hypothesized what we know now as the Moral Defense Against Bad Objects theory. Fairbairn observed and asserted that for a child to recognize and admit the complete and total fault of the lack of love in the parent child relationship meant a complete detachment from the parents from the perspective of the child/victim resulting in utter emotional and relational isolation for the patient/child. In other words, Fairbairn observed that children with abusive parents desperately need to preserve the moral integrity of their parents in order to preserve their attachment (the only attachment victims of abuse often have) to their abusers. This often- egregiously- manifests with children blaming themselves for their parent’s abuse/neglect. This accomplishes two things for the child/victim: 1. Preservation of attachment to avoid isolation, and 2. Maintain some semblance of control out of traumatic episodes in which the victim experienced a vacuum of control.

Ok… Hopefully you’re still with me, I promise this will get a little better…

When Brian discovered the nature of the moral defense, he was emotionally destroyed… The thought he couldn’t escape was the reality of his fear of detachment. Unconsciously, Brian could not permit himself to definitively recognize or even state that his abusive parents, and his molester, were simply that; or maybe not “simply” that, but complexly, that. The truth is this: what is most therapeutically important for Brian isn’t necessarily an analysis of those who victimized him as a child, but rather an analysis, and the opportunity of a healing journey for Brian.

This is for the ones who stand,

For the ones who try again,

For the ones who need a hand,

For the ones who think they can…

Why is any of this important? Quite honestly, if you’re not as astounded by the complexity of the human mind, and the sheer complexity of the effects of relationships on the human psyche from this case study as I am, then I’m at a complete loss. I’m not big on “the moral of the story” ribbons; however if there is one to be asserted here, it’s a reminder to psychotherapists AND clients, that frustrations or neuroses enmeshed in trauma are incredibly vital for the therapeutic process. It’s important for clinicians to recognize patterns that manifest as frustrations or neuroses- not so much as distorted cognitions to be “dealt with” but rather as vital clues, or even bread crumbs to the heart of the trauma buried in the unconscious of the client. For Brian, fear of detachment from those who had victimized him for years as a child was almost tantamount to the nature of the abuse itself. In Brian’s case this means that the trauma can never be truly addressed, until his fear of detachment and isolation is addressed as a part of the treatment paradigm.

This is what I love so much about what I do! The clinician’s role! The clinician enters into the inferno with the client, much like Virgil entered into the Inferno with Dante. There is a transcendent empathy intended to allow the therapist to make observations, and hypotheses, out of a compassion for the client. And the only way the clinician can do this well, is to hold, hope, tensions, and conflict for the client, as they make their way through the many challenges of the client’s inferno…

This is tough work- but it’s also work that allows the client to know they’re not alone,