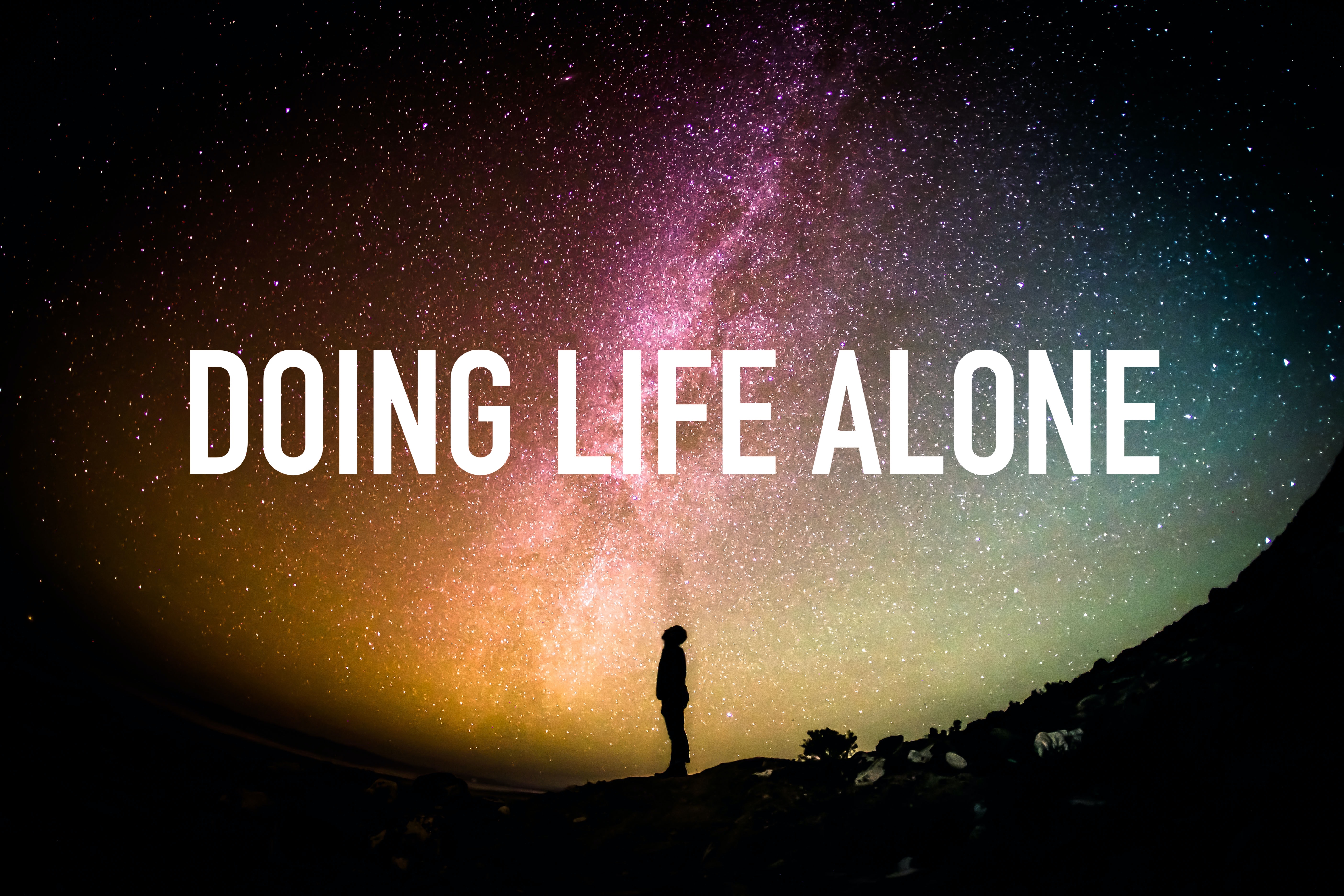 Somewhere along the way on my journey of life, I developed a belief that I was supposed to do life alone.  I absorbed a belief system from the movies I watched, the television I consumed, and the people who were closest to me, that the strong person was the one who was a rugged individualist and needed no one.  This kind of life protected me from hurt and loss because it kept people at arm’s length and made it impossible for anyone or anything to hurt me.  You see, I believed the worst thing that could happen to me was to be hurt, and I wanted to avoid that at all costs.  Since people will inevitably hurt you, I chose to let very few people in.

My approach to life worked into my mid-thirties, until it stopped working, and I entered a very dark period of my life where I realized that I had very few friends, I was emotionally drained, and most of the people in my life had become projects.  I believe we can do life alone for a season of life when we are young, talented, and possess infinite amounts of energy.  However, at some point in life these attributes will no longer work.  We eventually come to the point where the illusion of independence fades away and a longing to be in community starts to become something that we know we need and something we need to pursue.

Not sure where you may be on your personal journey, but if you have been doing life alone for a significant period and you are beginning to long for community, I would encourage you to seek out others.  This means being vulnerable and willing to take risks in getting to know others and allowing yourself to be known.  I still remember my first steps in building community.  I reached out to a couple of guys that I had known in the past, and simply asked if they would be my friends.  They had strange looks on their faces, but as I explained what I was hoping for in a group of friends, they understood and were longing for the same thing.  We did not want to be a project or a desire to try and fix one another; rather, we just wanted to learn how to develop some deep and meaningful friendships with people that we could eventually do life together with.

Developing friendships and community is one of the hardest things we can ever do, but it is so worth it.  We live in polarizing times and in seasons like this it is easy to isolate and not deal with people who are all over the place.  Can I encourage you to take the risk?  Some of the people I have tried to do community with have not worked out and these situations did cause hurt and loss at times; however, the friends that I have now made all the difference in the world.  I have a group of friends that I call my table, and these are the ones I bring together when I have big decisions to make.  I know them and they know me.  They will ask me the tough questions that I need to process in making good decisions, but this is always out of a context of love.  I would encourage you to develop your own table.  Even though it has taken decades to develop my table, it has been worth the losses and time that went into its creation.  May you find your own table.